The relationship between popular celebrity couple, Davido and Chioma is reportedly not free from domestic violence and abuse.

According to blogger, Cutie Julz, Davido usually beats up his wife-to-be Chioma both at home and in public, and on several occasions, he even sent her out of his house. 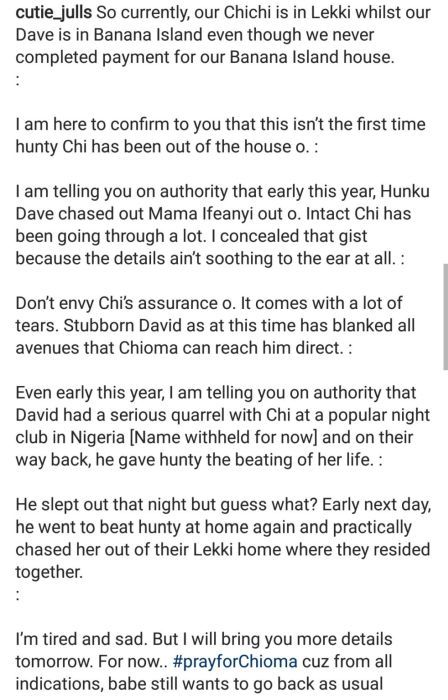